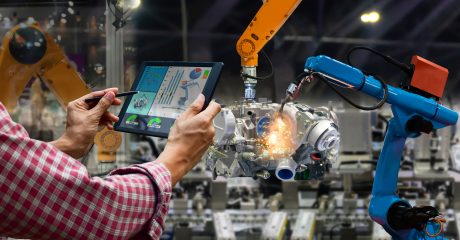 High school students always have a big decision to make about where to go and what to do after graduation. The most common question that they routinely ask is: Should I go to college? These days, the answer to that question depends on a multitude of factors. Some being: the national mindset that students should get a bachelor’s degree, their parents and educators supporting and pushing that mindset, and the option to learn a skilled trade.

In this blog, we explore what you need to know to work in the manufacturing industry. Additionally, we will cover education statistics and the reason why there are so many manufacturing positions waiting to be filled.

Degree or No Degree?

But a basic education, whether it’s an apprenticeship or a technical school certificate will only take you so far. With rapidly changing technology and a growing industry, a four-year degree may be more necessary than ever before.

The Demand for Employees

Despite the fact that these jobs don’t require four-year degrees, many are going unfulfilled. Why? Mainly because there’s bias against vocational careers, which has had the unfortunate effect of worsening the manufacturing skills gap. Additionally, with most younger generations being pushed towards a college degree the trades get overlooked and are made out to be a less than practical option.

According to the economic-modeling company EMSI, more than half of tradespeople are over the age of 45 as of 2012–meaning that looming retirements could result in a shortage of workers. However, those shortages could result in rewarding, good-paying jobs for high school students. With plenty of openings, good pay, and rewarding hands-on work, what’s not to like?

No matter the challenge, Custom Tool & Grinding ensures you get the best and are working with the best. We provide quality and experience to help you secure the services and products you need. Contact us to learn more about how we can help you.