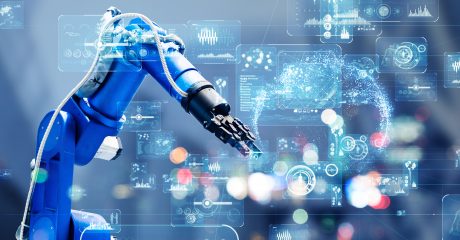 To understand the manufacturing industry, it’s important to also understand how related markets play key roles. In this blog we cover the robotics industry and how it plays a role in manufacturing.

The use of robots within the manufacturing industry is becoming a common occurrence. Earlier models of production robots were created to carry out monotonous tasks and were unable to function freely without the assistance of humans. However, things are changing significantly with robots being programmed smarter. They are now starting to take over most tasks that require greater levels of precision and speed.

Robot manufacturing has been accelerating the once slow production process, resulting in smarter and cheaper fundamental production processes. PwC recently reported that fifty-nine percent of companies in the industry are utilizing at least one model of production robot.

The use of robotics is revolutionizing the manufacturing industry. With technology becoming more efficient, intelligent, and accessible, it’s a no brainer to utilize robots to perform more complicated operations. Because robots can move faster and more precisely, they can manage small parts that human eyes and fingers couldn’t. Additionally, robots work tirelessly, they don’t get sick or need days off. These features make robots very valuable to the industry.

Robotic systems are also becoming more cost-effective and at the same time, complications that can interfere with automated tasks are diminishing. With that being said, the likelihood that companies who currently use robotic tools will continue to use them, becomes increasingly large.

Although currently, robots learn by going through different types of patterns and movements. But, with some emerging technologies there is potential to additionally simplify robot programing. The developments in artificial intelligence–or as some call it, AI–and sensor technologies will make it possible for robots to operate more flexibly. Additionally, advancing voice-recognition technology could soon make it possible for robots to receive and understand verbal cues.

Normally, factory robots serve as an alternative to manual labor. However, some manufacturing systems use a hybrid model–this system allows human workers to collaborate with robots. Roughly, in all robot manufacturing, production robots take over the following jobs:

Robotics in manufacturing and artificial intelligence holds a lot of potential for the manufacturing industry. Custom Tool sees that potential and we never settle for subpar. Learn more about how we can help you stay on top of your industry.